The 2018 World Cup was my first live experience with high level international wrestling, and regardless of who was or was not there, the event did not disappoint.  Iowa City and the University of Iowa really rolled out the red carpet for fans, and I’m sure the experience was just as great for the athletes.  The following were my take aways from the event.

-The overall atmosphere was amazing, but I was disappointed that Carver Hawkeye wasn’t full.  As an Iowa season ticket holder for the past three seasons who has seen packed houses for college rivalry matches, it stunk seeing areas of empty seats in what will be the best wrestling event held on American soil until the Cup returns or the Olympics in Los Angeles 2028.  Everyone wants our international wrestlers to get paid big dollars, but when an event like this is held at the Mecca of American wrestling and it features one of the best and most marketable team the United States has ever and still doesn’t sell out, I can see why the dollars aren’t there for our athletes. 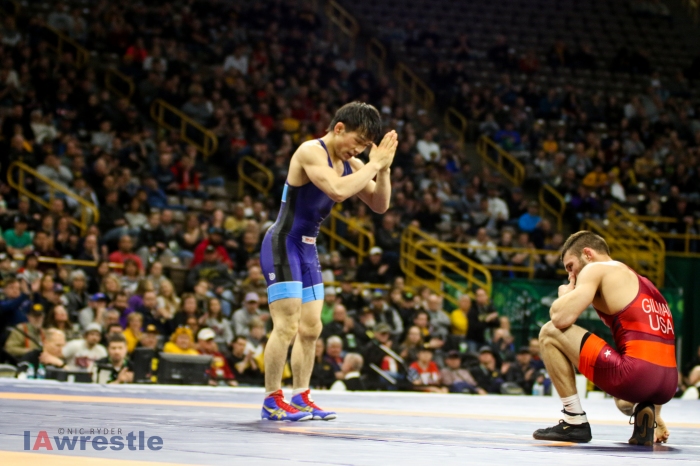 -The sportsmanship amongst the nations competing-as well as the fans-was the best I’ve ever seen.  After nearly every match the mutual respect between athletes was evident.  Yes, there were plenty of celebrations by American wrestlers (and others) after big victories, but the majority were geared toward getting the crowd amped up after big wins.  It was interesting to me how little booing there was from American fans in situations where a bad call was made or it was clear an international wrestler was getting tired and looking for a break.  Especially at Carver Hawkeye where Iowa fans can be ravenous toward the opponent in those exact situations.  There seemed to be so much respect from the fans for the level of competition, that the smatter of boos that were initially heard in these situations went away almost immediately.  Even in instances where fans in the arena felt an American got hosed, and I can think of one involving Iowa native son Thomas Gilman specifically, applause was given to our international friends at match conclusion.  Kudos American wrestling fans. 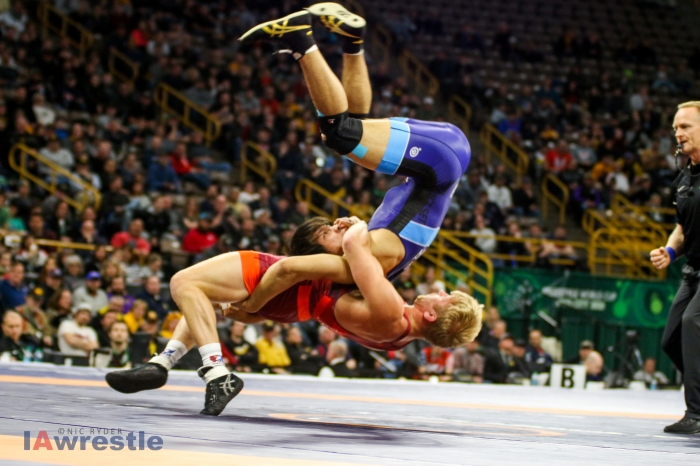 -Had you told me after the 2012 NCAA wrestling championships that at the 2018 World Cup, Iowa’s wrestling fans would be cheering louder for Kyle Dake than anyone else, I would’ve called you crazy.  Those that were in St. Louis in 2012 probably remember Kyle Dake winning his third NCAA championship by 4-1 decision over Iowa’s Derek St. John.  I know I do.  After Dake won what was a snoozefest of a victory (the way Kyle Dake chooses to win, sometimes), Iowa fans took to booing for what they felt was Dake stalling his way to a national title.  The Iowa section’s boos were quickly drowned out (rightfully so), by cheers from the other 80% of fans in the arena.  Flash forward to 2018, when after two four-point chest locks for Dake against his Japanese counterpart, Carver Hawkeye Arena went nuts for the man the man, and continued to do so throughout the tournament.

-The moment of the tournament for me was, without question, the suck back for a fall from Jordan Burroughs in the final against Azerbaijan.  When it’s all said and done, Burroughs may not go down as the best wrestler on this storied team.  But make no mistake, Burroughs is still the lifeblood of this American squad.  I was one of those that ignorantly abandoned Burroughs for Dake after his sour 2016 ended at the Olympics without a medal.  How could a man staring down the back end of his career rebound and compete with the best in the world again?  I don’t know how, but but Burroughs has made it back to the mountaintop and is now BETTER than he was pre-2016.  The re-education of Jordan Burroughs has been something I will never forget as long as I am a wrestling fan.  Hopefully it lasts through another Olympic gold medal in 2020.

-Kyle Snyder is now turning people, and Kyle Snyder with a trap arm gut is a Kyle Snyder that may never lose again.  There were losses during World and Olympic championship seasons of the past, but Kyle Snyder always found a way to win on the big stage.  With new skills from the top position, I don’t expect another international loss for a very long time. 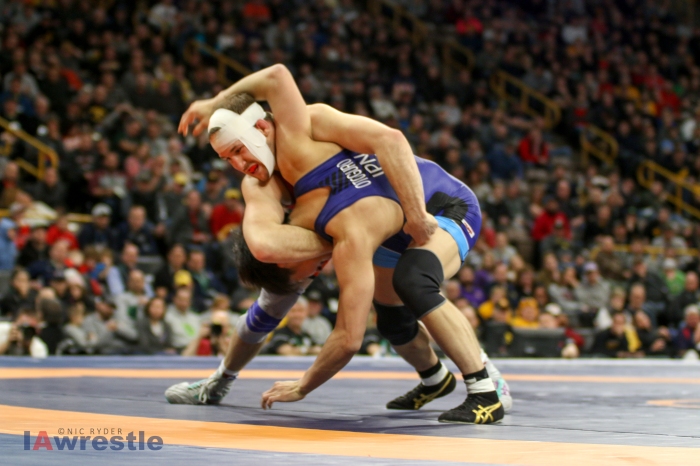 -The move to ten weights has helped create quite the Murderer’s Row of Americans, but it still does nothing for the Olympic hopes of an in-betweener like Logan Steiber. Steiber got a huge win over Olympic champion Haji Aliyev of Azerbaijan Sunday evening, but struggled mightily against Japanese opponent Takuto Otoguro.  I could be wrong, but it is going to be very difficult for Steiber to make World and Olympic teams against guys better built for 66 KG.  In ten years, when I look back at the travesty that is six Olympic wrestling weight classes,  James Green and Logan Steiber are the guys I will remember being hurt the most.

-I am the type of person that is hesitant to overuse the “USA” chant, and only took part one time; when David Taylor asked for it.  Taylor was fabulous at 86 KG and should be the strong favorite to (finally) make his first World Team this summer.  The way he wrestled at the World Cup, Taylor is going to be a medal lock next October at Worlds.