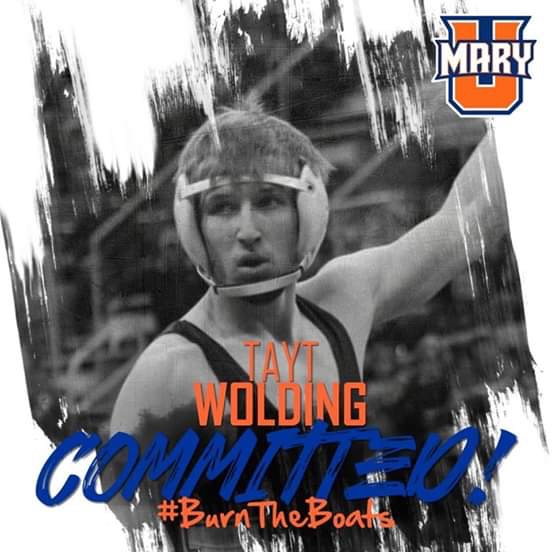 Its still early, but the University of Mary wrestling program has had a fabulous start to the 2019 recruiting year.  Just a few weeks after grabbing verbal commitments from Class A state champions Matt Kaylor and Laken Boese, Mary has added another local product in New Salem-Almont 2X state champion Tayt Wolding.  Wolding was a state champion at 106 pounds as a freshman before finishing third as a sophomore and then grabbing his second title at 120 last February.  He finished the high school season 40-1 as a junior and has a three year high school record of 105-10.  Wolding is coached at New Salem by his father David.