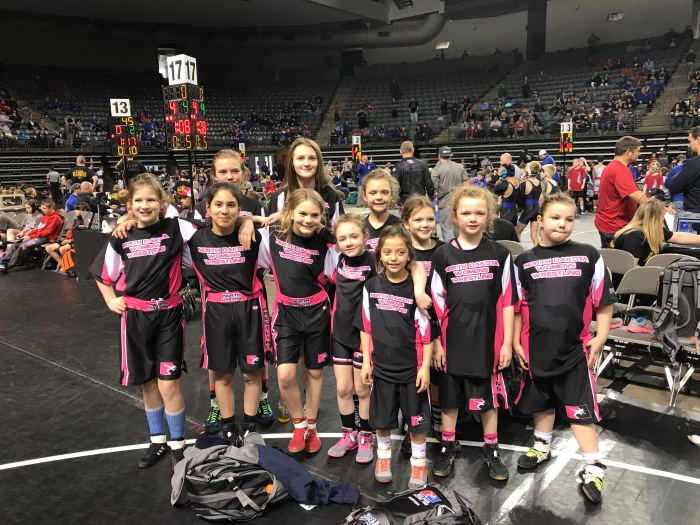 Minot’s Morgan Strandberg finished 6-1 at Heartland Duals as leader of a group of young women representing USA Wrestling North Dakota at the Heartland Duals over the weekend.  This was the first year that USA Wrestling of North Dakota has sent a women’s team to the event.  Overall, the team finished 1-6 in dual matches and defeated Nebraska Deep Red 36-28 in what was the highlight of the weekend.  Strandberg was fantastic throughout the two day tournament, racking up one pin in what was a very competitive 102 pound weight division.  Strandberg’s lone loss came in an 8-6 overtime decision to Colorado’s Israel Resendez.  Strandberg took a 5-4 lead into the third period of that bout, but a Resendez takedown and Strandberg escape sent the match to overtime.  In overtime, Resendez scored a go behind off an errant Strindberg single leg for the win.  Julia Araujo and Sophia Kennedy were both 3-4 for the North Dakota women.