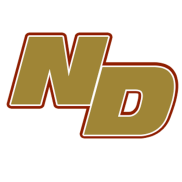 Nebraska’s Jordan Shearer finished fifth at the Daktronics Open Sunday behind teammates Colton MCCrystal (First) and Collin Purinton (Third).  Shearer started the day matched with #7 ranked Steve Bleise of Minnesota.  In that match, Shearer gave up an early takedown, but countered with an escape and beautiful cutback single to take a 3-2 lead.  The first period ended 3-3 witha Bleise escape.  Shearer took the bottom position and escaped quickly to start the second.  The West Fargo native then took a 6-3 lead on a textbook Russian tie to double leg at the end of the second period.   After riding strong for :45 seconds to start the third, Bleise escaped and then scored a last second takedown that sent the match to overtime.  Bleise then scored the match winner :28 seconds into SV1.  Shearer won three backside matches in a row before being pinned by Purinton in a near side cradle early in the first period.  Shearer defeated Minnesota freshman Hunter Marko 4-2 for fifth.

Bismarck native Ryan Blees finished 1-2 at the Hokie Open over the weekend and was forced to default after an 11-9 loss at the hands of Army’s Nigel Ruiz.  Blees led that match 9-7 late, but was forced to take injury time in the last thirty seconds.  Blees then gave up a penalty point, and because of the injury time, Ruiz was able to select the bottom position and tied the match a 9 with an escape.  Ruiz then scored a takedown in the final seconds to grab the 11-9 victory.  NDwrestle will report further on the Blees injury when more information becomes available.