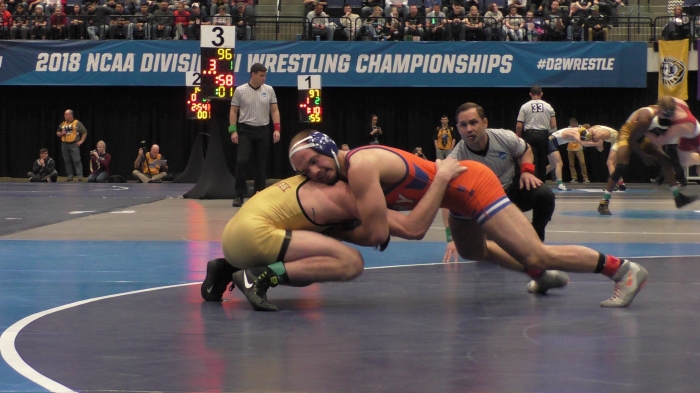 Mary’s Jared Reis is an All American. Reis won his quarterfinal bout at the Division II national tournament to guarantee a top six finish and set up a semifinal tomorrow morning with Pitt-Johnstown’s #1 ranked Cody Law. Law is 23-1 on the season.

Reis defeated Zach Voytek of Seton Hill 7-5 to become Mary’s first All American since 2012. Reis scores two takedowns to take a 4-2 lead in the second period, but made things close by giving up a reversal and ride out to end that period.  With the score tied 4-4 to start the third, Reis escaped quickly to take a 5-4 lead and held on for a 7-5 win.