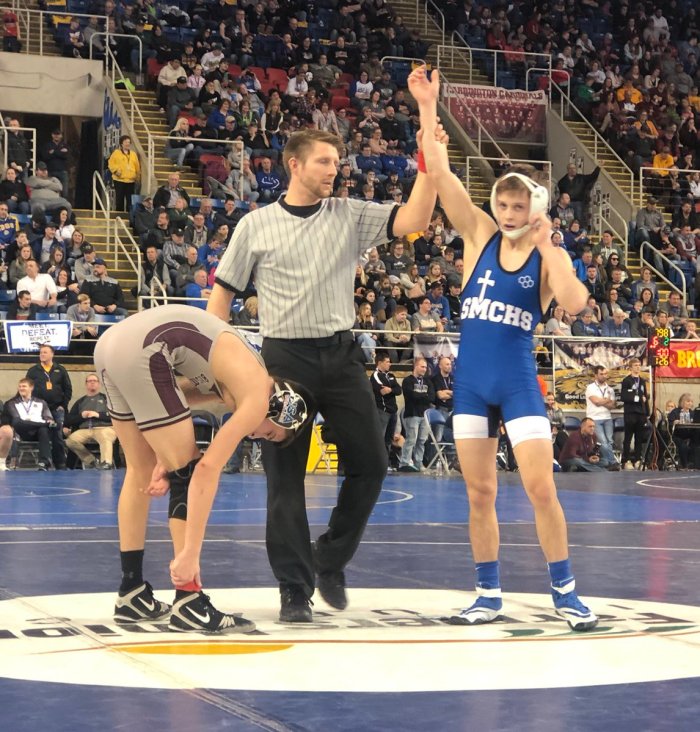 North Dakota’s best Cadet (U16) and Junior wrestlers are set to compete for national championships this weekend at the Fargodome.  The North Dakota Junior team is led by prior Fargo All Americans Kyle Burwick (Hettinger), Ryan Ripplinger (Bismarck), and Matt Kaylor (Bismarck).  Burwick was fourth in the freestyle portion of the tournament at 120 pounds last year and will be a title contender at 126.  Ripplinger is competing at 132 pounds while Kaylor is registered at 195.  Other NDHSAA state champions in the Junior mix are Kelby Armstrong (Minot), Caleb Nielsen (Lisbon), Laken Boese (Bismarck), Kolbe Booker (Fargo), and Nolen Demaray (Belcourt).

The tournament kicks off Saturday with the first day of Cadet Freestyle.  Juniors begin Sunday morning.