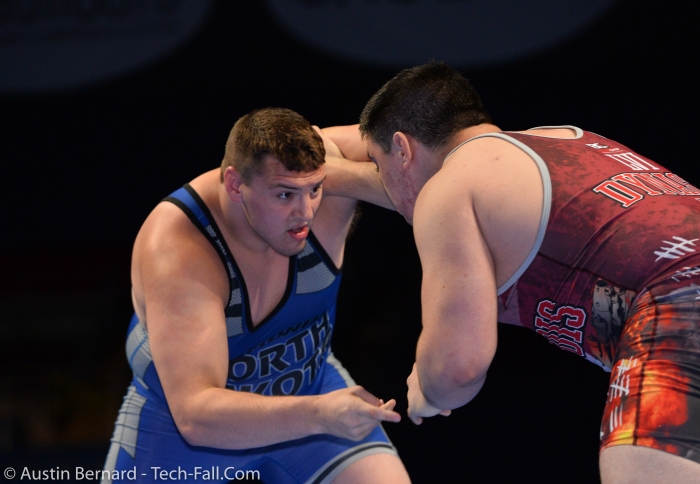 Brandon Metz of the Bison Wrestling Club finished third in the 130 KG bracket at the UWW Junior Greco Roman national championships Friday evening.  Metz, who is coming off a strong redshirt season for the Bison at 285 pounds, took his only loss of the tournament in the semifinals to Cadet World Medalist Cohlton Schultz.  Schultz controlled the bout from the start, frustrating Metz with great positioning and scoring multiple times on exposure points from the front headlock.  Metz’s four other bouts (two in the championship bracket and two in the wrestlebacks), never went past the first period.  Metz will wrestle tomorrow in the Junior Freestyle portion of the event where is again one of the favorites for a strong finish.