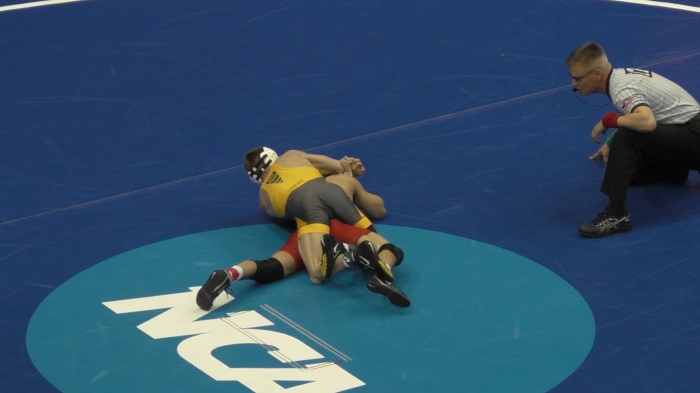 Bison redshirt senior Brent Fleetwood won his first match at the NCAA championships and as a result has advanced to Thursday night’s round of 16.  Fleetwood scored a 2-0 decision over over Penn’s Carmen Ferrante.  Ferrante got to a leg attack early in the first period but Fleetwood was able to defend for a stalemate.  From there, scoring chances were hard to come by and the first period ended 0-0.  Fleetwood chose the bottom position to start the second and got away in :45.  In the third period, Fleetwood was able to ride for the entire 2:00, scoring a riding time point to push the score to 2-0.

In tonight’s round of sixteen, Fleetwood will wrestle Princeton freshman #7 Pat Glory.  Glory and Fleetwood have not met this season. 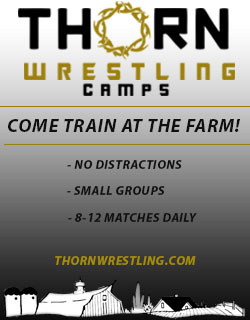