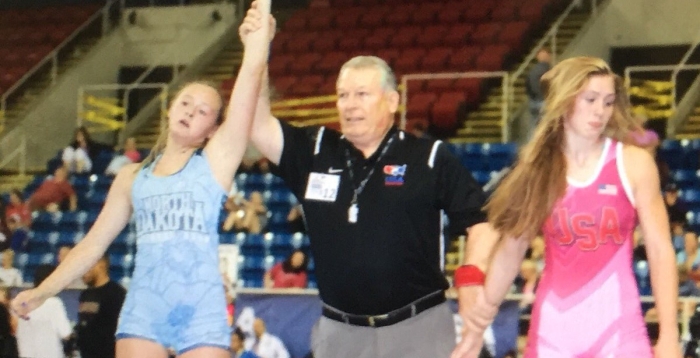 Five North Dakota ladies are set to compete at USA Wrestling’s Cadet and Junior National Championships starting tomorrow in Fargo, ND. Team North Dakota is led by returning double All American Sophie Smith of Bismarck. Last year, Smith was runner-up in the Cadet division and then went on to finish sixth in the Juniors. Smith is back in North Dakota training after spending her sophomore season competing for Wyoming Seminary Prep in Pennsylvania.